I literally wanted to start this post with “I literally hacked the PiDrive cable…” but I actually have sawn it instead. Duh!

I’m using quite a few Raspberry Pi boards as servers, gateways, etc. and recently started to ‘polish’ their design. Instead of hard drives hanging beside them with a bunch of loose cables I’ve started to buy WD PiDrive Cases and Cables to pack all of them into nice ‘little boxes’.

The PiDrive Cables are really neat: they are designed to be positioned between a Raspberry Pi, its power supply, and an USB hard drive. The cable is designed for USB 3.0 hard drives, but in one case (hah) I wanted to use an external USB 2.0 drive I had lying around. So without further ado I’ve removed the USB 3.0 extension of the connector with a saw. It looks crude but works perfect… Today my kids impressed me by repurposing/hacking/misusing the toilet-occupied-light to send (morse-like) signals across a railway car. Their fingers were thin enough to press the micro-switches in the doors which normally would signal a locked door (i.e. occupied toilet). Not sure if someone noticed the strangely flashing lights… 😀 END_OF_DOCUMENT_TOKEN_TO_BE_REPLACED

The speaker has an internal Lithium-Ion battery to allow mobile usage. My guess was that this battery slowly discharged while waiting for a buyer and at some point the undervoltage protection kicked in. Normally this protection should prevent a defective cell from being charged. In my case I hoped the cell would still be okay and survive a jump-start. It was successfully done before in other cases. END_OF_DOCUMENT_TOKEN_TO_BE_REPLACED

What happens if an obsolete SIM-Card is thrown in acetone?

Well… This was just a brief experiment out of curiosity. To cut it short: the plastic card body is dissolved, what remains are only the microchip and the metal contacts. But see for yourself… A SIM card being rinsed in acetone. The plastic has completely dissolved. A SIM card being rinsed in acetone. Only the microchip and contacts remain. 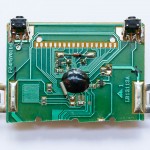 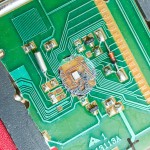 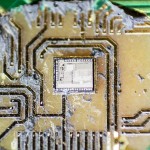 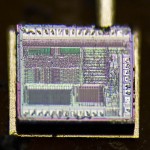 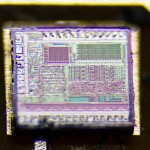 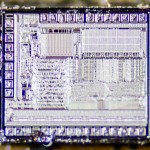